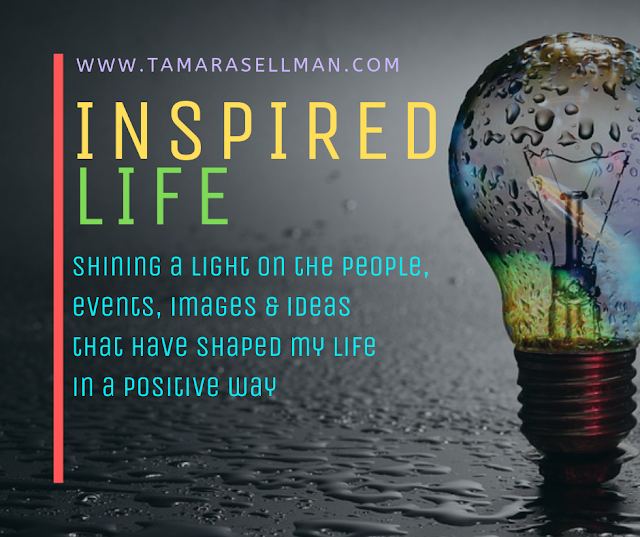 Come on… who isn't inspired by the bean?

I only drink about 3/4 of a cup of joe a day. Once I sit down with that cup before my open laptop, I hit the ground running.

I'm a Starbucks Via kinda girl (usually). I buy the packages of single serve micro-ground coffee, key in the star codes to my Starbucks card, and eventually get a free cup at the local brick and mortar. I look forward to it because, let's face it, I have MS and I'm a writer, so I'm basically a HERMIT.

I actually don't drink it for the caffeine, but for the flavor dance, the cozy warmth first thing in the morning, the association I make between hot coffee and accomplished work.

I know this because I went for a couple of years without caffeine and I still found the smell and taste of morning coffee at least as seductive as the aroma of frying bacon.

When I get enough stars in my Starbucks account, I go in for that free cup reward, and that's where I try new things and find additional inspiration.

Let me expound on the virtues of the Special Reserve. Panama Carmen Estate and Vietnam have chocolate-y notes that I find I now crave.

It's ironic because I am not a huge chocolate consumer (I mostly enjoy dark chocolate, but less than once a month except at the holidays).

However, these coffees with their cocoa notes offer a sublime experience that really makes each morning a pleasure.

When I go in for my free cup, it's always a venti Reserve, which I can get 3 servings from, if I bring it home and refrigerate the leftovers after I pour myself a hot third. (I'm not a coffee snob, obviously, because I microwave the leftovers, which I know is tres provincial.)

I read Gillian Flynn's novel, Sharp Objects, quite a few years ago, and thought it was outstanding. I finally landed an HBO subscription and completed the miniseries just last night.

Don't read this the wrong way. I'm inspired by so many things related to this storyline and its production (but do not fear, I am not inspired to self harm).

First, I'm inspired by the fact that these were, for me, two different but equally mesmerizing approaches to the same story. I've finally made my peace with the idea that a book and its consequent film or television production are going to be very different final products.

It makes sense: a novel or story on the page is not usually collaborative, but a solo effort. By definition, a production requires the efforts of many minds in unity; storytelling challenges are different due to the nature of the medium. For what it's worth, novels and stories also contain hurdles that can be resolved in visual media.

One form of media is not better or worse than another. The only thing that really matters (at least to me) is effective storytelling.

Today, I'm okay with a book and its movie being different (or a movie, and its book, which is a different thing).

Sometimes, movies made from books are actually better storytelling experiences (Ready Player One was a fun read, but the movie really gave it the visual edge it needed, as a for instance). I know this is a divergent point of view, but there you have it.

Second, I am also inspired by the flitting flashback triggers in Sharp Objects that so cleanly evoked the trauma and dysfunction of Camille's history (within her family, her friends, and the town itself). A great study in "form follows function."

Sometimes, this design rule is lost in deference to trendy effects and experiments, often for the sake of commercial appeal or to assign a work an "otherness" (which may ultimately render the work inauthentic, sadly).

Finally, I'm thrilled that HBO (and other cable or independent ventures) are willing to break down complex novels like Sharp Objects into single-season series or miniseries formats (I also love True Detective and Fargo for this reason).

It's almost impossible to watch "safe" network series anymore because the shallow nature of the storytelling⸺which, in striving to please everyone, pleases no one⸺seems like such a waste of time.


I remember driving through a really small town once with an acquaintance and expressing delight in its design⸺the local non-franchised shops, the quaintness of the neighborhoods, the simplicity of the grid, the easy possibility of becoming a regular.

My acquaintance seemed appalled. "You'd raise your kids in this backwater?"

I had just moved from a town of 6,000 to a much larger town of 20,000 (not counting the summer-only residents) situated on an island. (Living on an island seems to ensure some of those small-town aspects, if only because the borders are physical.)

Backwater? Apparently, I'd already lived there once. A town of 6,000 people on a lake, surrounded by orchards and cornfields, is not, by definition, a suburb or even a city.

I understood the point, that maybe there were fewer opportunities for families in smaller towns. Jobs were limited, kids probably didn't have a lot of options for activities to stave off boredom, and other life essentials (shopping, for instance) weren't probably adequate when compared to life in the suburbs.

But this was a quarter century ago. Today, I ask you:

While people criticize digital commerce for shutting down the mom and pops, I would argue that digital commerce has been a boon for small businesses. So has interaction with our leadership, educational opportunities, and even new efforts at telemedicine.

Small towns now have digital alleys that connect their residents to the megacities in meaningful ways. It's called the Internet.

I love living in my small town, my island town, for the same way people loved the idea of Cheers ("where everybody knows your name").

The source of my recent inspiration? I went to last night's First Friday Art Walk downtown.

This is what transpired: I ran into friends I adore, ate free cupcakes, sipped free prosecco, listened to jazz, enjoyed a poetry reading, spent two gift cards (on local artists' works), and thrilled to just walk safely down the streets of my town alone, appreciating improvements and the fact that some good things never change.

Today, I marvel that I've lived here 20 years and feel a strong sense of belonging that I've never felt in an urban or suburban landscape. Certainly, there are days when I would prefer anonymity, but that is not a small town's fault.

I mentioned Cross Examined Life last week, and for good reason: it's quickly becoming one of my favorite shows to listen to while taking care of the minutiae of daily life (you know, like laundry, or gardening, or doing a facial, or enjoying that morning cup of coffee, or riding the ferry alone).

The goal of CEL (which I think should be abbreviated XEL, because it excels) is to listen to discussions about controversial topics and derive skills for debating them with respect for the opposition.

The most recent topic I listened to was "Should the Govt Screen our Kid's Mental Health?" [link to mp3]

Imagine this as a topic of conversation in Facebook or Twitter. It wouldn't be a conversation, nine times out of ten. It would be a sh*tstorm.

Listen, having an opinion is great, and bolstering that opinion with data, also great. I've lamented that people have been so unengaged for so long that at least taking a position is a step up.

I've been outraged, myself, since I participated in free speech activism in the 1980s. Those were times of crickets in the peanut gallery (I know, a mixed metaphor); the frustration of speaking out to deaf ears was, for me, the biggest outrage of all.

Today's chaos was born of yesterday's apathy. This is what happens when we look away.

Maybe it's also because I'm Libran that I feel this way. There is no balance where only extremes exist.

It's good to see people waking up, but outrage culture is not going to make the change we want in the world. Living our values, checking our privilege, listening with compassion, and stepping away from sweeping generalizations are strategies for bettering the world.

This is why CEL is such an important creation; we need to learn how to listen, practice unlearning old behaviors, willfully learn healthy new behaviors, relearn behaviors that we've forgotten have served us well, as individuals and as collectives.

I can't participate in the outrage culture anymore, not the way it happens in social media. I strive every day to not "go there." Sometimes I fail. We all have triggers. I'm working on mine.

Don't worry, I've not gone the way of the ostrich, with my head in the sand. What I do return to is the beloved story of the blind men and the elephant. People, there really are more than two sides to every argument. You don't have to pick one.

This is how CEL inspires me. Check it out. You'll be glad you did. 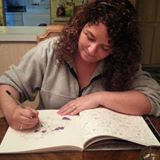